Definitely the most stressful part of cycle touring for us has been dealing with airlines and preparing the bikes for flights.

On two occasions we were stopped at luggage check-in to be told we’re not allowed on the plane with our bikes.  We were saved on both occasions by producing a previously sent email to the airline asking advice or declaring we’d be traveling with bikes and stating our bike dimensions and weight. It really pays to contact the airline in advance and save the email for offline use, to show you actually made contact with the airline. Also we advise phoning in advance, stating your flight booking reference number, and again letting the airline know you’re coming with bikes. The phone calls are recorded and because you gave your reference number should be logged.  If there’s any problems at check-in produce both corresponding emails and proof of phone call.

We’ve both boxed and bagged our bikes for air travel and we actually think bagging was the best option.

We generally use heavy duty plastic and duct tape you can pick up at a hardware store.  Turning the handle bars, taking off the pedals, deflating the tyres, lowering the seat post, padding/protecting sensitive parts of the bike, and wrapping it in plastic only takes a few minutes, you could actually cycle to the airport and do all the above there.

Boxes are a lot more cumbersome and take up more room than the bags, additionally they are obviously heavier than bags. However one advantage of using boxes is you can stuff some clothes, gear, etc in with the bike, as long as it’s under the weight limit, to free up space in your other check-in bags.

We think the bikes are treated with more care by airline staff when they can see what’s inside the bags. 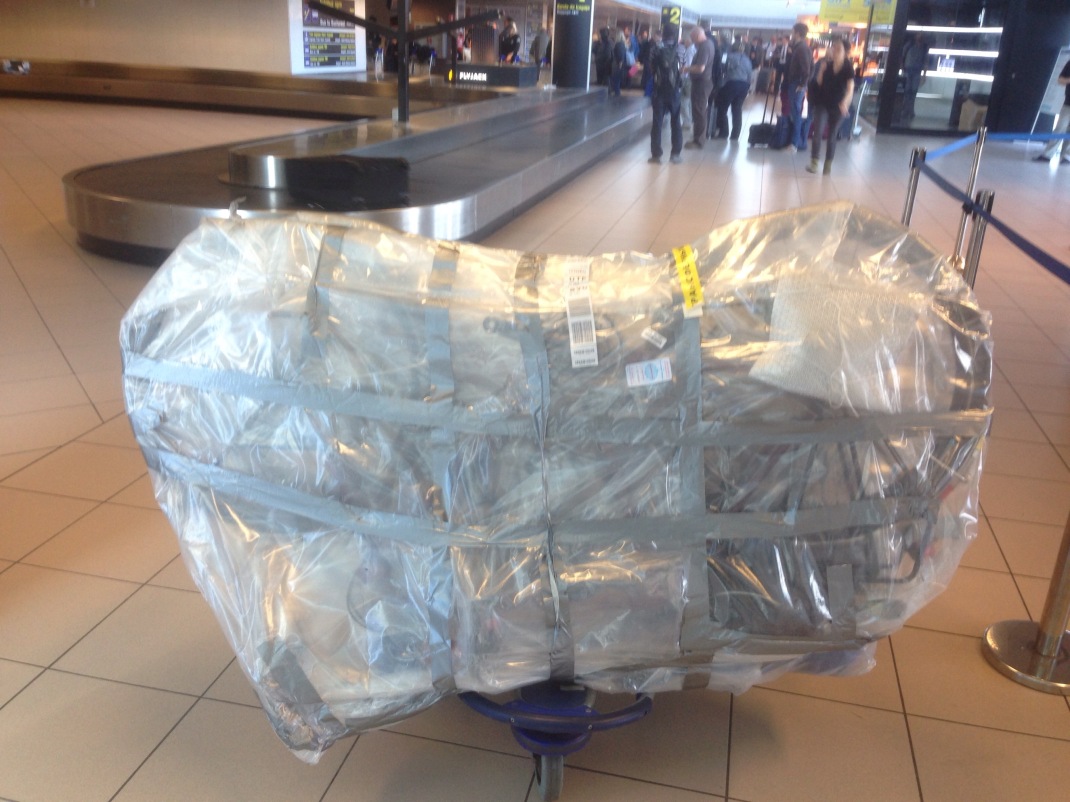 Also bagging your bike takes up less space than boxing them.

Our bagged bikes with their very own separate trailer. 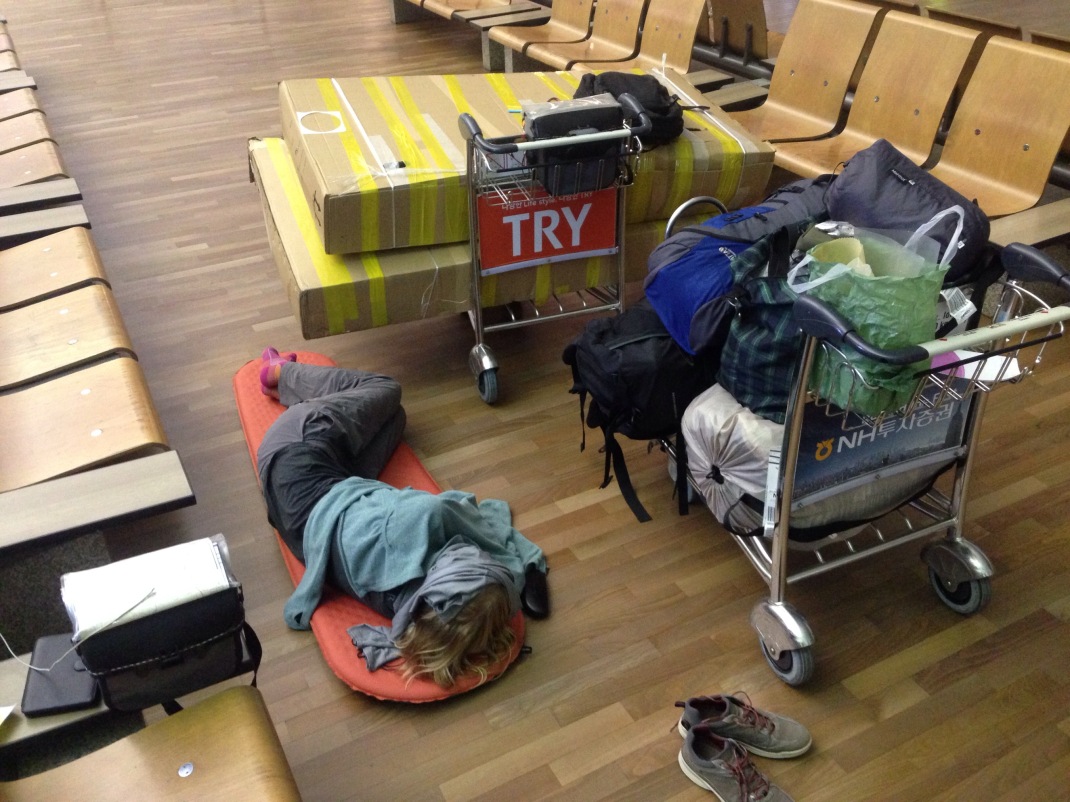 Laura keeping a watchfful eye on the bikes and gear…

Big and bulky, the boxes not my biceps!